The Near Miss Effect in Gambling October 4, 2022 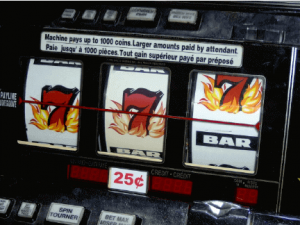 Psychologists have spent decades trying to understand why we gamble. On the surface, gambling seems like completely irrational behavior.

We waste hundreds or even thousands of dollars for the slightest chance wins while knowing that we’ll probably lose money in the long run.

However, something about the practice is undeniably fun. There’s something enjoyable or even addictive about the suspense of waiting for the results and the rush we get on the rare occasions we win.

One possible factor involved in this experience is the near miss effect, which is the psychological effect that occurs when we come close winningning.

For example, we may feel the near miss effect if the slot machine shows two cherries and lemon or if the blackjack hand adds up to 22.

Roulette players will surely recognize the feeling of the ball bouncing in and out their “big numbers” just to land on one of the neighbours.

Although a near miss has the same effect financially as a complete miss, our brains may interpret it as a type of win. This may give us the dopamine rush we need to continue gambling.

The possible link between the near miss effect and problem gambling was first suggested over 60 years ago by behavioral psychologist B.F. Skinner. Since then, several studies have explored near misses in gambling, and there have been conflicting results.

Some studies suggest that a near miss experience triggers something in our brains to keep gambling. Other studies have found no link between near misses and problem gambling. 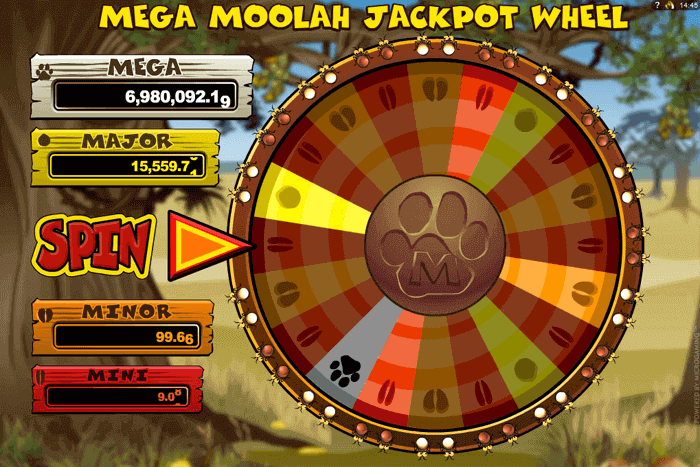 Slots with progressive jackpot wheels like the Mega Moolah are great examples of the near miss effect. They’ll usually slow down the wheel when it goes over one of the multi million dollar prizes to make you believe that you’re so close winsning it.

Neuroscientists from the University of British Columbia and Oxford University published a paper in Neuropsychopharmacology in 2011 that supports the idea of the near miss effect. The researchers studied the effect of near misses on rats, using a rodent slot machine to observe how the subjects responded winss and near misses.

The rodent slot machine used three flashing lights, which is similar to the three wheels on a typical slot machine. When all three lights turned on at once, the rats won and were allowed to collect a food reward by pressing a lever. If the rats pressed the lever when they lost the game, there was a time penalty, and they would have to wait a couple minutes before the lights flashed again.

The rats learned to press the lever and collect their reward after each win. Interestingly, they also frequently pressed the lever when only two of the three lights flashed. This indicates that some part of their brains interpreted the near miss for a win even though the rats were repeatedly penalized for it.

The researchers also experimented with giving the rats amphetamines and dopamine receptor agonists, which are both compounds that increase the release of dopamine in the brain. When these compounds were involved, the rats were even more likely to hit the lever after a near miss.

Dopamine is one of the neurotransmitters responsible for motivation, pleasure, and reward-seeking behavior. Because the near miss effect was heightened when the rats’ dopamine levels increased, this study suggests that our dopamine receptors interpret wins and near misses as the same things.

Although the 2011 rat study makes a strong case for the near miss effect’s role in problem gambling, other researchers disagree. In 2019, researchers from the University of Alberta published a study titled The Near-Miss Effect in Slot Machines: A Review and Experimental Analysis Over Half a Century Later.

The researchers conducted the first stage of their experiment on homing pigeons. They created an experience similar to a slot machine by presenting three lights, each with an equal chance of blinking red. The lights turned on one at a time from left to right. Three red lights was considered a win, and a red left and middle light was considered a near miss. Just like in the rat study, the pigeons could press a lever after a win to receive a food reward. However, in this study, researchers did not observe a significant difference in the pigeons’ responses to a near miss and a far miss.

The second phase of the experiment involved human participants. The subjects played a game similar to a slot machine on a computer. Each round cost 5 cents, and each win awarded 40 cents. Some of the participants were given near misses, and others were given far misses. The researchers analyzed data from all of the participants who completed at least 300 rounds of the game, and they found no significant difference between the behaviors of the near miss group and the far miss group.

The researchers explain some possible limitations of this study. First, the participants did not ante up their own money play the game. Their only risk was losing money already won in earlier rounds of the game, so the stakes were not as high as in a real casino. This may have affected the way the participants reacted to near misses.

Also, the stimuli used in the study was not as complex as the visual and audible stimuli used in casinos. Slot machines are usually accompanied by flashing lights, spinning reels, and sound effects.

The game in the study used basic shapes and patterns. This was an intentional choice by the researchers to determine whether near misses have an effect on gambling behaviors even when removed from other gambling stimuli. It doesn’t accurately recreate the experience that people have when gambling in a casino, though.

Jeffrey Pisklak, one of the researchers involved in the 2019 study, states that just because this research couldn’t confirm the near miss effect, casinos definitely have plenty of other methods for drawing people in. Even if most people aren’t susceptible to the near miss effect, they may have a hard time walking away from the slot machines for a number of other reasons.

The researchers also suggest that near misses could affect gambling behavior in problem gamblers but not in non-gamblers. This would mean that non-gamblers are not at risk of developing a gambling problem because of near misses, but people who already struggle with gambling may be encouraged to continue when they experience a near miss.

Why Does the Near Miss Effect Exist? 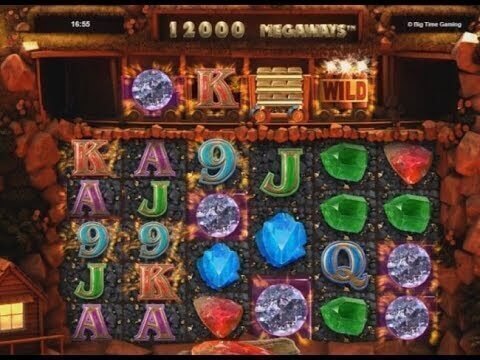 So close, but so far!

When it comes to slot machines or other games of chance like live roulette, the near miss effect doesn’t make sense scientifically.

Why would our brains have evolved to interpret failures as wins? Getting two cherries on a slot machine isn’t really any closer to a win than getting one or zero, so why does it make us feel good?

One explanation is that the near miss effect does benefit us when it comes to skills. For example, hunting was an important skill for our ancestors.

If they came close to hitting their target, the dopamine rush from the near miss may have motivated them to keep trying. Over time, they’d get better at hunting, leading to more wins.

A more modern example of the near miss effect in action is with sports. When you first start learning player basketball, you probably will miss most of your shots.

However, it’s thrilling to get close to the basket even if you don’t make it in. These near misses keep you motivated while you improve your skills. Over time, more and more of your shots will make it into the basket, and you’ll eventually become a good basketball player.

No matter how many times you play the slot machine, though, you don’t get any closer to a win. There’s no such thing as improving your slot machine technique to make a win more likely.

More modern slots like the ones using Megaways mechanics have some crazy near misses built-in. Games like Bonanza offer the gambler a chance winning up to 50,000x their stake, so you can be sure that majority of the spins will showcase that potential, but award very little RTP.

The Near Miss Effect in Casinos

If the near miss effect is real, casinos and online slot machines benefit greatly from it. Each near miss we experience may make us feel like we’ve won, so we feel good about continuing to spend money on gambling games.

Some casinos and online slot machine games take advantage of the near miss effect by using virtual reel mapping, which allows the creators to choose different quantities of each symbol on each of the three reels. The majority of slot machines in use today use virtual reel mapping instead of physical spinning reels that stop when they lose momentum. Therefore, programmers and designers can make it more likely for players to experience near misses than far misses.

It’s unclear whether the near miss effect actually leads to problem gambling. Research suggests that near misses can cause a dopamine rush in our brains, but studies show conflicting results about whether that actually prompts us to play another round.

It’s certainly likely that game programmers use the near miss effect and other psychological phenomena to try to convince us to stay at the casino, though. Next time you decide to play a slot machine, pay attention to your reaction after a near miss to see whether you may be vulnerable to the near miss effect.