Released by Big Time Gaming, the Danger High Voltage slot is designed to drag you into a neon nightclub and have you listen to some rock.

This electrifying casino game was based on a hit song by the American rock band Electric Six, so if you haven´t heard it you may have a hard time at relating all the items you see on screen to the general theme. If you don´t really mind what this thing is all about, you can have a good time just by spinning the reels and waiting on wins.

The game contains Wilds, multipliers and a few treats more, not to mention plenty of ways wins in the base game. Big Time Gaming may be a relatively small software studio, but its team is definitely capable of delivering surprisingly original slots with compelling gameplay – something that they´ve shown in Danger High Voltage.

By simply looking at the interface of Danger High Voltage, it is quite difficult to determine what the slot is about and what inspired it. Skulls and tacos? What could possibly bring those things together?

Well, rock music is not always about the lyrics and they don’t need to be deep and reflexive to add to a good rock song. Here, they just need to serve the purpose of creating a disco ambience and a cool visual setting for the slot.

The symbols are items from the lyrics. They include tacos, sugar skulls, bells and disco balls. The rest of the icons on the reels are low-value symbols represented by the typical assortment of playing card denominations from 9 to Ace.

There are two substitution symbols, the Wild Fire and the Wild Electricity. Both can appear in stacks and only land on reels 2 to 5. Furthermore, there is a Scatter represented by a red heart with a crown and the words “My Desire”.

Looking at the slots logo, one might think the theme is electricity, bolts of lightning or something, but the visuals are more on the funky side, especially with the neon, multi-coloured background. The reels are transparent, so the neon lights break through, never letting you doze off while the symbols are alternating on screen.

The graphics of Danger High Voltage aren’t three-dimensional or super polished, but they look nice and every now and then a cool animation happens to celebrate a win.

When it assumes the role of a Wild, other regular symbols will be replaced by it in order to complete winning combinations. In its role of a Scatter it needs to appear in three positions in a single spin in order to initiate the main special features. 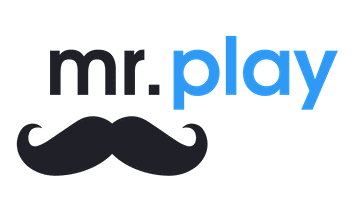 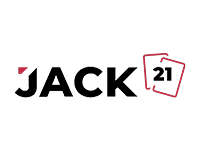 Danger High Voltage online slot uses an unconventional 6×4 setup and dismisses the traditional payline layout. Instead, it is based on the ways-to-win payout system, offering as many as 4,096 was to land a winning combination.

As long as there are matching symbols in adjacent rows starting from the left-hand side, winnings can be accomplished. The control panel comes down to several essential buttons, such as the Play/Spin button, the Autoplay button, the paytable and the arrows that adjust the size of the stake. Big Time Gaming allows up to 100 automatic plays on its slots and a range of stakes that different types of players can benefit from.

Available across all devices, Danger High Voltage looks just as attractive on a mobile phone or tablet. A few taps and the game is ready to go, delivering the same interface on smaller screens, as the developer completely optimised it for iPhones, Android devices and other popular handheld contraptions that make our lives easier and more entertaining.

Some high voltage spins are to be expected from this explosive slot, but most of them will occur during special features. The Wilds provided in the game are actually full reel Wilds, and when they cover an entire reel the chances of winning enhance.

The Wild Electricity carries a 6x multiplier. For an extra boost, Danger High Voltage includes a free spins round, typically triggered by three or more Scatters anywhere on the reels. Before the free plays actually start, the game will give you two choices: High Voltage Free Spins or Gates of Hell Free Spins.

In the High Voltage Spins round, you will receive 15 free spins and a special High Voltage Wild may appear on the middle reels, introducing a multiplier from 11x to 66x. The round can be activated again with three or more hearts and another 15 spins will be added.

The second choice, the Gates of Hell Spins, awards 7 free plays and turns one of the regular symbols into a Sticky Wild. The Sticky Wilds can land on reels 2 to 5 exclusively, and will remain in their positions until the round ends. If you manage to land four Sticky Wilds on one reel, you will get a reward of three extra spins.

The volatility is high, so the warning issued in the slot´s title stands. The payout potential goes from satisfying to insane, but some waiting is involved if you want to go for the big money. The RTP is set at 95.67%, leaving a house edge of 4.33%. In the long run, this is not the best percentage out there, but if you feel like luck is on your side who knows what might happen.

We have seen interesting slots based on musicians and bands; the NetEnt Rock series is particularly successful, with such celebrated titles like Jimi Hendrix, Guns ‘N Roses and Motörhead.

However, it´s not common to base a video slot on a single song, like Big Time Gaming did with Danger High Voltage. Nonetheless, the game can be enjoyed even if you aren’t familiar with the band or their single, thanks to the carefully designed mix of Wilds, multipliers and free spins.

US online casinos with Big Time Gaming’s software usually try to incorporate Danger High Voltage into their game libraries, as it offers straightforward gameplay and is known to give something back to the players.